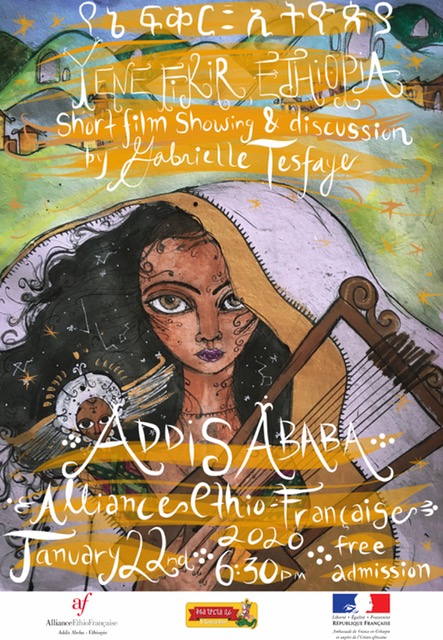 Yene Fikir Ethiopia tells the turbulent and mystical journey of a young girl, after being separated from her family during the violent Red Terror. As she embarks on her journey, magical guardian angels are sent to aid her by a mysterious and ancient Goddess in the sky, holding the secret to heal her homeland. With the presence of her angels, and the power of her magical krar, she discovers hidden powers within herself she was unaware of before.

In addition to Yene Fikir Ethiopia, Gabrielle Tesfaye’s past award winning short film, The Water Will Carry Us Home will also screen with an additional behind the scene animation process video.

Following the screening, Tesfaye will facilitate a community discussion and audience Q&A.